This is a joint collaboration between the Real Estate Institute of New Zealand (REINZ) and realestate.co.nz.
Between our two organisations we have the most up-to-date and accurate property data and we have come together to give New Zealander`s a snapshot of what’s really happening in the market with regards to the asking and selling prices of properties.This report provides an interesting set of statistics which has never before been in the public domain.

REINZ is the industry body for all licensed real estate agents.
As part of its role, REINZ collects unconditional sales data.

New Zealand’s number one property portal, realestate.co.nz, promotes 97% of all properties marketed by licensed real estate agents. This is the biggest representation of properties on the market and each month more than one million unique browsers visit the site.

From the graph below, you will see that over the past five years there has been a consistent upward trend in both asking and sales prices.
The relationship between the two sets of data has also been very consistent over this same period. 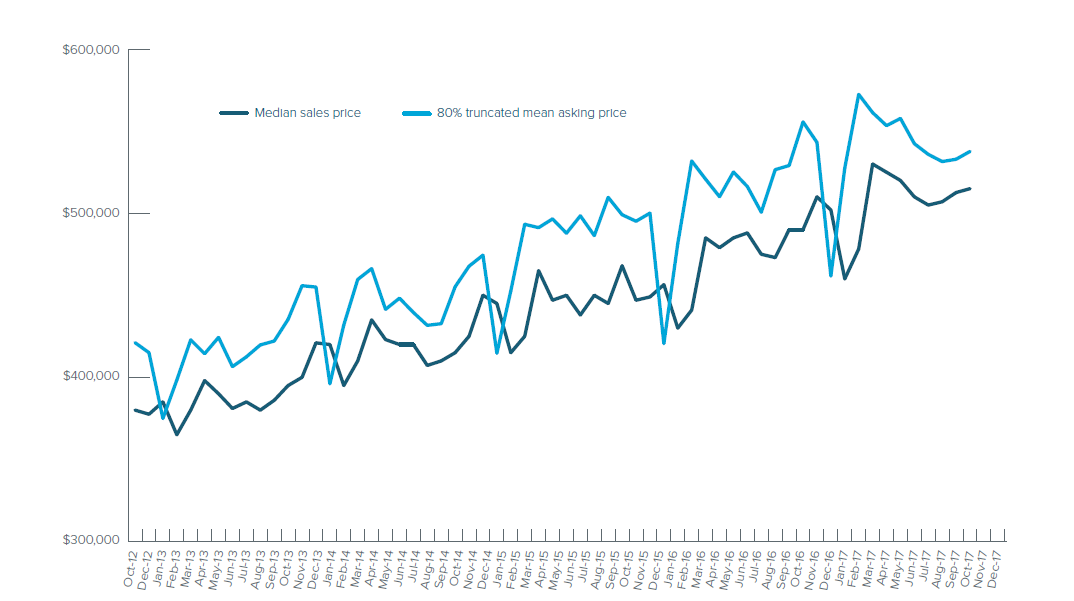 Values displayed are for New Zealand residential dwellings with a known asking price and sales price.Where an asking price is not displayed, such as auction listings,the agent has supplied an indicative price that reflects the search price ranges on the realestate.co.nz site. Asking prices are provided by realestate.co.nz and reported by truncated mean according to month of listing publication. Sale prices are provided by REINZ and reported by median according to month of sales date. 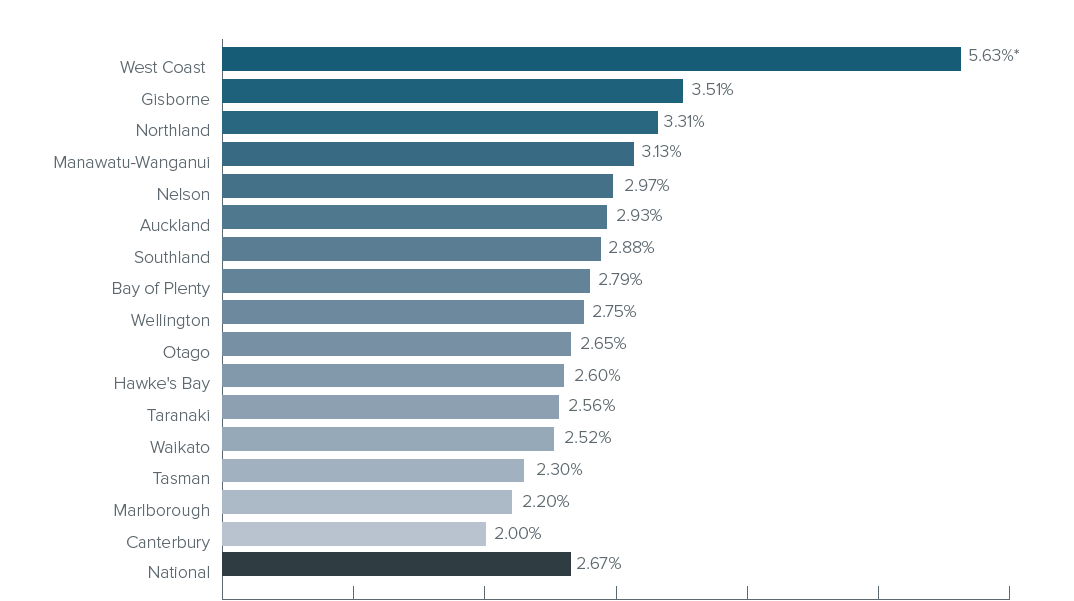 What does that all mean?

The relationship between asking price and sales price where a price has been displayed when the property is listed for sale.The analysis shows that nationally there tends to be a 2-3% difference between asking and selling price, and this trend has been quite consistent over the past 6 months. Of the regions analysed, asking prices most closely resembled selling prices in Canterbury where values tended to average out around 2.00%.

Whilst there are always going to be unexpected exceptions, this analysis shows that generally speaking, over this period there has not been a great percentage difference between asking and selling price.

Agents use both local knowledge, demand and up-to-date property information to assess what the market value of a property is worth.

The West Coast figures appear to be more volatile due to the low number of sales in the region (148) meaning the data is more susceptible to statistical variances.

Average asking price gives an indication of current market sentiment. Statistically, asking prices tend to correlate closely with the sales prices recorded in future months when those properties are sold.
As it looks at different data, average asking prices may differ from recorded sales data released at the same time.

The top and bottom 10% of listings in each area are removed before the average is calculated, to prevent exceptional listings from providing false impressions.

The median is the value separating the higher half of a data from the lower half. It maybe thought of as the “middle”value.

REINZ uses medians to provide a more accurate measure of the “mid-point” of house prices that reflects what most people are going to be buying and selling houses for.

Dedicated only to property, realestate.co.nz is the official website of the New Zealand real estate industry. As a property listing site, the information it draws on for its property report is in real time.
With the country’s most comprehensive selection of real estate listings, realestate.co.nz represents more than 97% of all residential, commercial and rural properties currently marketed by real estate professionals.

The Real Estate Institute of New Zealand (REINZ) is a membership organisation representing more than 14,000 real estate professionals nationwide.
REINZ residential sales figures remain the most recent, complete and accurate statistics on house prices and sales in New Zealand. They are based on actual
sales reported by real estate agents. These sales are taken as of the date that a transaction becomes unconditional, up to 5:00pm on the last business day
of the month.